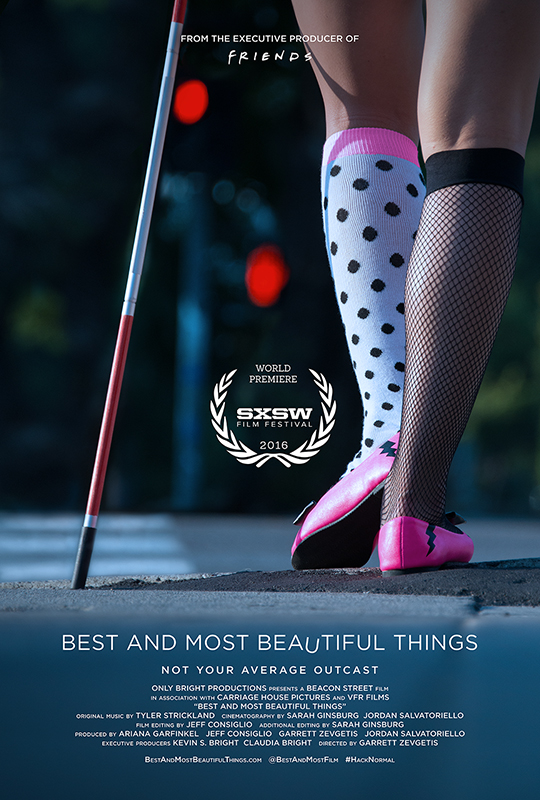 He had been working on a number of darker-themed documentaries and was determined to find an uplifting story for a future project. The search returned a poignant Helen Keller quote that led Garrett to Perkins School for the Blind outside Boston, a renowned institution where a feature documentary had never before been made. He began volunteering at Perkins. On the last day of his scheduled term, a bubbly student introduced herself – Michelle had found him.

BEST AND MOST BEAUTIFUL THINGS is a celebration of outcasts everywhere, following a precocious young blind woman who disappears into quirky obsessions and isolation. With humor and bold curiosity, she chases love and freedom in a surprising, sex-positive community.