From Canada to Colombia 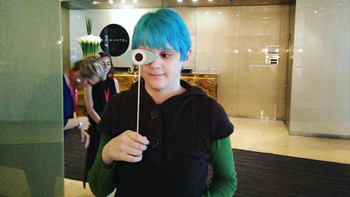 Michelle’s first night in Toronto for Hot Docs involved kinder eggs and a drag show. Her last night in Toronto involved our International Premiere, laughter, tears and lots of hugs, plus an early bedtime because the next morning she flew to Bentonville Arkansas for Geena Davis’ Bentonville Film Festival where more tears and more hugs happened. Michelle has been hugging her way around the continent and then jumped down to South America for the IndieBo Bogota Independent Film Festival in the beautiful country of Colombia. Colombia has an incredibly rich history of struggle and glorious revival, and we were so proud to witness that revival in full swing this summer. The people of Bogota are passionate film lovers and incredibly kind and generous, and the creators, programmers and volunteers of IndieBo are some of the most inspiring festival curators we’ve met anywhere. Their aggressive initiative to take all of the festival films out to the parks, villages and even prisons in a grand gesture of inclusiveness was so humbling to see. We loved Colombia, and once again they loved Michelle.

The adventure continues this fall when we bring the film to Michigan, California, New York, Vermont, Boston and more. Stay tuned!